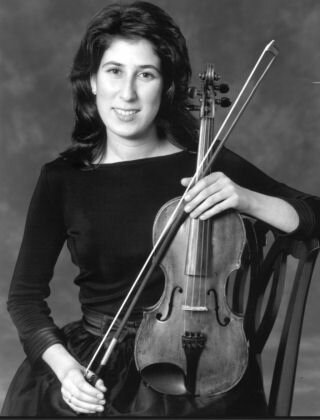 Polina Sedukh was appointed to the violin section of the Boston Symphony Orchestra in 2004. Sedukh matriculated at the Longy School of Music in January 2000, as a candidate for the Artist Diploma in solo performance, graduating in May 2002. In 2002-03, she returned to St. Petersburg, Russia, to complete previously started Bachelor’s and Master’s degrees at Rimsky-Korsakov State Conservatory. In September 2003, she began a second Artist Diploma program at Longy, this time in chamber music, and was in that program at the time she won the Boston Symphony appointment.

A student of Laura Bossert at Longy, Sedukh was born to a family of musicians in St. Petersburg, in 1980, and made her solo debut with the Liepaya Chamber Orchestra, in Latvia, at the age of seven. Sedukh’s other Longy teachers and coaches included Raphael Hillyer, Terry King, Valeria Kuchment, Malcolm Lowe, and Joseph Silverstein. Sedukh is the second Longy student violinist to go directly to the Boston Symphony in the last five years, following Xin Ding, who received her Artist Diploma in 2000, as a student of Eric Rosenblith, and who began with the Symphony that same year.